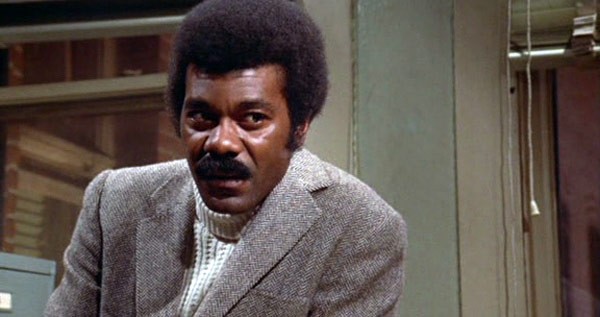 Thalmus Rasulala was born Jack Chowder on November 15th, 1939. One of the many Black actors from the 1970’s and beyond who never got his rightful due, Thalmus will always be at the top of my list of great performers. He amassed a wealth of television, film, directing and other credits, including winning a Theatre World Award for his role in the Broadway production of “Hello Dolly” with Pearl Bailey and an all Black cast. Thalmus was a man among men, known for his roles from the height of the 1970’s Blaxploitation explosion. In 1972, he portrayed Dr. Gordon Thomas in Blacula, a widely successful film that mixed horror and gore with the excitement of blaxploitation. In 1972, he also played Sidney Lord James, the lead character in Cool Breeze, a remake of The Asphalt Jungle with an all Black cast. In this film, James is an ex-convict who plans to steal $3 million worth of jewels, sell them, and use the money to start a bank to back Black businesses. He is assisted by two pals, his half-brother and a preacher who also works as a thief. The operation is ultimately backed by a man who cheats on his wheelchair-bound wife with a sexy woman. In 1973, Thalmus starred in one of the best classic pimp movies ever, Willie Dynamite. In this movie Thalmus played Robert Daniels, the D.A. The Slams is a violent prison drama from 1973, in which an imprisoned criminal finds himself flooded with offers to spring him if he reveals the secret location of the $1.5 million he stole from the mob before he went to jail. Thalmus is credited as the Assistant Director on this flick. In 1975, Thalmus played the role of Charlie the grocery store owner in Cornbread, Earl and Me. Cornbread, a Black kid who strives to escape his ghetto surroundings. He does so by becoming a high school basketball star–and the idol of the other youngsters in his community. On the verge of starting college on a scholarship, Cornbread is mistakenly killed by a police officer. In 1975, Thalmus also starred opposite Pam Grier in Friday Foster. Thalmus plays Blake Tarr, the richest Black man in America. Grier plays Friday Foster, a freelance photographer with an insatiable thirst for adventure. In her assignment to photograph Tarr, Friday unearths a conspiracy to assassinate him. In 1975, Thalmus starred again with Pam Grier and Fred Williamson in Bucktown. This film is about a man named Duke Johnson, played by Williamson, who moves to a small and racially divided southern town where his nightclub owning brother was murdered after he refused to pay crooked white cops for “protection.” When he is threatened himself, he calls in some of his buddies, one of whom is played by Thalmus named Roy, to help him. When the friends decide to take over the town, Johnson becomes a one-man army on a mission to oust the baddies. In 1975, Thalmus starred with Dean Martin in Mr. Ricco. In this obscure drama, Martin, a San Francisco lawyer defends Black militant Frankie Steele, played by Thamlus, who is on trial for murdering a cop. He was also a special guest on the 1975 episode of ‘Saturday Night Live’ hosted by Richard Pryor. They did a great ‘Exorcist’ parody with Thalmus as Father Merrin and Pryor as Father Karras. The priests dished out some intense discipline to Regan (played by Laraine Newman) when she started bad mouthing their mammas.

In 1976, Thalmus’ went on to land a role in Alex Haley’s Roots as Kunta Kinte’s father Omro. In 1977, he played Dr. Alvarez in Killer On Board with Patty Duke, George Hamilton and Jane Seymour.

Other notable film and television credits include: His final film role was in 1992 as General Afir in Mom and Dad Save the World, which was released posthumously.

Thalmus Rashlala died of a massive heart attack in Albuquerque NM on October 9th, 1991. He was only 52. He was survived by his wife Sherilyn and four children.