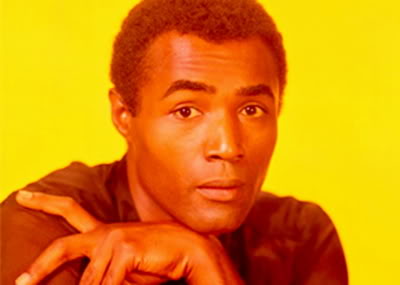 Many Black actors have been faced with difficult choices and obstacles. The Bahamas-born Calvin Lockhart, who has died in 2007 was no exception. The handsome, charismatic Lockhart, who had classical acting training and who spoke French, German, Italian and Spanish, was mainly forced to take roles that he disliked. At the start of the 1970s, more than two decades after the birth of the modern civil rights movement, Black Americans wanted a more positive media image of themselves. However, hollywood had other intentions so Blacks had to settle for broad comedies and slick thrillers, labelled “blaxploitation”. These films became more formulaic as the 1970s progressed – most of them were either “private detective takes on the mob” or “dealer becomes king of the pimps”.

Nevertheless, whatever the quality of the blaxploitation movies, they were directed by Black directors and starred Black actors, playing characters not seen from a white perspective. Lockhart appeared in one of the first Black – as distinct from noir – thrillers, Cotton Comes to Harlem (1970), directed by Ossie Davis. He was the swindler-cum-preacher Reverend Deke O’Malley, who has conned $87,000 from the “good folks” for his phony Back to Africa movement. Lockhart played suave gangsters called Silky Slim and Biggie Smalls respectively in Sidney Poitier’s Uptown Saturday Night (1974) and Let’s Do It Again (1975). At least, Melinda (1972), directed by Hugh Robertson, the first Black editor to be nominated for an Oscar, gave Lockhart the chance to play a super-hero, an egotistic disc jockey who has to take on the mobsters who had murdered his girlfriend. In the same year, Lockhart was invited to join the Royal Shakespeare Company at Stratford-upon-Avon, where he appeared in several plays, notably Buzz Goodbody’s production of Titus Andronicus in which, as Aaron the Moor, he asks “is Black so base a hue?” and launches into a defence of his color. Lockhart had already spent almost five years in England (1965-1970), where he had appeared in TV dramas, such as the Wednesday Play and five British films in 1968: A Dandy in Aspic, The Mercenaries, Only When I Larf, Nobody Runs Forever and Joanna. In the last, directed by Mike Sarne, which also featured Donald Sutherland as a dying English aristocrat, Lockhart, as a nightclub owner was one of the first actors to dent a cinematic taboo with a Black-white love scene with the heroine, Genevieve Waite. Sarne then cast him as the effete Irving Amadeus in the disastrous Myra Breckinridge (1970), and he played a pimp in John Boorman’s Leo the Last (1970), before returning to the US to star in Halls of Anger, (also 1970). The setting of this was an all-Black blackboard jungle which, because of the national integration plan, has to accept 60 white students who suffer the kind of racism that usually affects black people. However, Lockhart, cast as a teacher, solves all the school’s problems by his liberal approach. Despite the theme he disliked making the film and walked off the set more than once. Lockhart, born Bert Cooper, the youngest of eight children, had left the Bahamas aged 19 to study engineering at New York, but became involved in a YMCA theatre group, and studied with the legendary drama coach Uta Hagen. He made his Broadway debut, taking over from Billy Dee Williams, in Shelagh Delaney’s A Taste of Honey, in the role of the sailor who gets the white girl (Joan Plowright) pregnant.
During his second stay in England, Lockhart was given one of his best film roles in The Beast Must Die (1974) as the millionaire owner of a country estate where he has gathered a number of people, one of whom he hopes to reveal as a werewolf. It was enjoyable, camp nonsense, but it did feature a rich, successful Black man, whose colour is never mentioned, a rare phenomenon in films of the early 1970s. Another potentially interesting part was in The Baron (1977), where Lockhart played a struggling Black film-maker who turns to the underworld to raise money. However, the film descended into many of the cliches of blaxploitation gangster movies. A couple of years later, Lockhart suffered a heart attack brought on by the news that his son from a former marriage (he was married four times) had lost the use of his legs from jumping under a train. But he returned to work, albeit in a minor capacity. He was in seven episodes as Jonathan Lake in TV’s Dynasty (1985-86), was the head of a Jamaican voodoo-gang in Predator 2 (1990), and had small roles in David Lynch’s Wild at Heart (1990) and Twin Peaks (1992). * Cotton Comes to Harlem, Uptown Saturday Night, Let’s Do it Again, The Beast Must Die and Melinda Movie Posters are a part of the Collection of The Museum of UnCut Funk.