An imaginary friend of one of the main characters, Boxy Brown is a cardboard box with a crudely drawn face with a goatee on it that dons an afro. Whenever the character speaks on the show 70’s funk music, typical of blaxploitation films, is played in the background. The cardboard box also fronts a confrontational attitude and dialect similar to many heroes of this film genre. The character was voiced by Isaac Hayes, a well known blaxploitation icon.

Afro Samurai is an animated series that combines Blaxploitation and Japanese anime. Samuel L. Jackson is a producer of the series and provides the voice of the title character and his sidekick. Wu-Tang Clan member RZA is the producer of the original hip hop musical score. Did you know Samuel L. Jackson first appeared in Black Cream (1972) starring Clifton Davis. Sam played a character by the name of Stan. In a series of ads titled “Meet the LeBrons,” four characters, all of them played by NBA star LeBron James are hanging out together – eating dinner, listening to music and snapping on each other. From eatin’ meatballs the size of grapefruits to dancing to Rick James’ “Superfreak” The Museum of UnCut Funk celebrates Lebron James and his hip, cool funkittude that is a throwback to 1970’s Blaxploitation. In the first animated reality show, eight characters from vastly different reaches of the cartoon universe agree to live in a house and have their lives taped. From a washed-up movie reel heartthrob to a homicidal Japanese trading card character, these housemates have nothing in common but a love of drinking and hot tub make-outs. Wi ll the housemates rise above their many differences and come together as a family? No — but it’s fun to watch them sort-of try! Promiscuous, melodious, and possibly infectious, Foxxy Love is a sexy, sassy, tambourine-wielding mystery solving musician. Quick to pick up the case and even quicker to drop her drawers, she’s every man’s fantasy and every criminal’s worst nightmare.  In The Simpsons episode “Simpson Tide” (3G04) a TV announcer says “Next, on Exploitation Theatre… Blacula, followed by Blackenstein, and The Blunchblack of Blotre Blame!”. Aired March 29 1998. The animated series Family Guy showed a cutaway based on blaxploitation movies in the form of a parody of Back to the Future (Black to the Future),  starring the main character Peter’s distant cousin as “Marty McSuperFly.” Also mentioned were the blaxploitation movies: Caddyblack, Blackdraft, and Black Kramer vs. Kramer. Aired 2003. The Hebrew Hammer (2003) is another parody of blaxploitation films, but with a Jewish protagonist (and was therefore ironically called “Jewsploitation” by some). 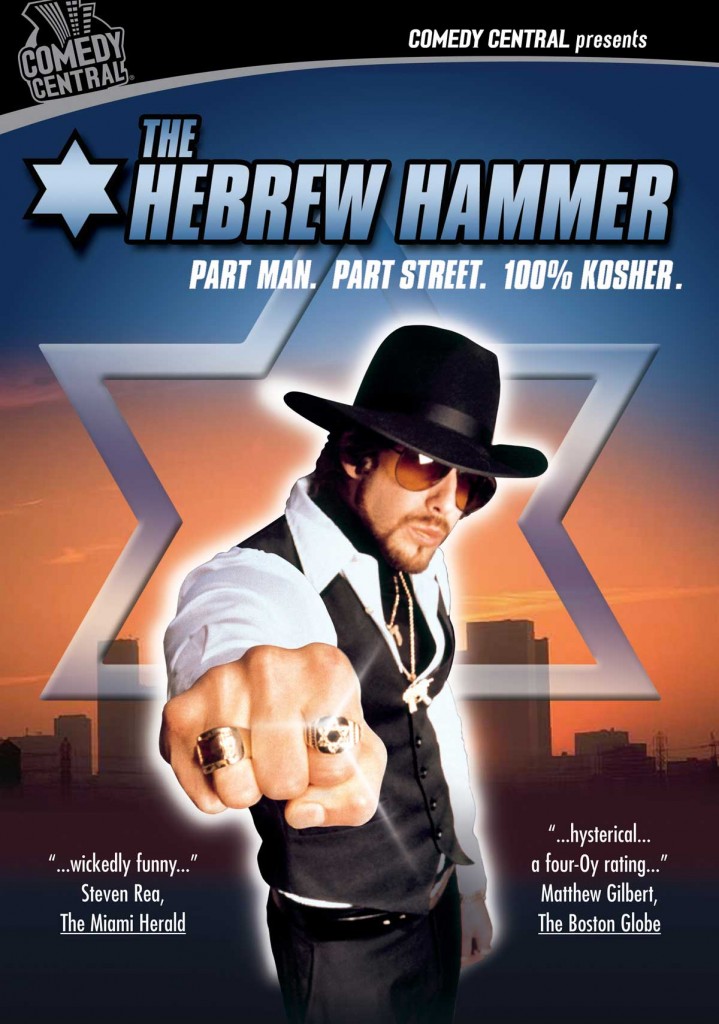 Racial issues are placed front and center in the provocative new series “Black. White.”, a six-part documentary premiering this March on FX. Over the course of a month and a half, two families — one African-American (the SPARKS), the other Caucasian (the WURGELS) — decide to swap skin types by way of make-up and venture out into the world to experience first-hand what it’s like to be of another ethnicity. “Black. White.” is executive produced by R.J. CUTLER, who won the 2001 Emmy® Award for Outstanding Reality Program for the FOX series “American High,” and rapper-turned-actor ICE CUBE. “This has never been done before” said Ice Cube.

However, in The Watermelon Man, a film directed by Melvin Van Peebles in 1970, the main character goes to bed white, wakes up black and discovers what its like to be part of an oppressed minority.