Earlier this year, I had to put a friend up on the meaning of posthumous — I forget what I was referencing.  According to Webster’s it means: happening, done, or published after someone’s death;  born after the death of the father; published after the death of the author; and/ or following or occurring after death.  For friends and fans of a music artist, posthumous is generally a dirty and undesirable word.

Although I had heard the phrase before, this term unquestionably and unfortunately was inducted into my vocabulary, in writing, reporting and/ or speaking about releases from rap artists such as Tupac, Biggie and Big Pun – R.I.P.  In 2010, a posthumous album was released titled “Michael.”  A horrible representation of the work of Michael Jackson, after his untimely demise.  It was clear with Pac and Biggie, that their posthumous records were being released for profit as much, if not more so, than for their “fans.”  Record companies and executives can tell you all day that this is for the “fans.”  Labels are ALWAYS about the bottom line — MONEY.  They’re the belly of the beast when it comes to music, and for a long time, they were a necessary evil before the explosion of the Internet — recording artists need them. Being one who cringes at the idea of a posthumous release, last night I listened to Jackson’s “Xscape” album on YouTube… it’s good – It’s a Michael Jackson record.

It’s the CD they should have just waited to release as opposed to succumbing to their natural instincts of greed when they dropped “Michael.”  It’s a “Thriller” to me that I was able to enjoy it with out having to feed the beast that is Epic Records.

Black Keys drummer Patrick Carney sounded off in Rolling Stone (5/13/14) on Michael’s posthumous album: “Carney was unaware that the record, which features eight unreleased tracks re-tooled by L.A. Reid, Timbaland and others, would be hitting stores on the same day as the Keys’ “Turn Blue.”  And while he wasn’t exactly thrilled to be sharing the spotlight, what bothers him the most was the fact “Xscape” existed at all.  “[It’s] some fucking bullshit that sucks so bad that it took them three years after he died to make it listenable,” he told Rolling Stone’s Patrick Doyle.  “Like he had to be dead for three years for it to be released.”  He suspects it finally saw the light of day because “L.A. Reid needed a new boat.”

Now, of course we don’t know what MJ would actually put out today if he were alive.  No one can REALLY speak on behalf of the deceased, however, “Xscape” is a pleasant presentation.  It’s an album that’s worthy of following Jackson’s last CD “Invincible,” that was his project released when he was still among us.  Produced by Timbaland, Rodney Jerkins, Stargate and John McClain, I’m definitely not mad at it.  It only features 8 tracks, but that’s enough, I’m glad they didn’t put songs on it just for the sake of having more songs on it.  In a recent interview on a Canadian radio station, producer Quincy Jones discounted the record http://www.nydailynews.com/entertainment/music-arts/quincy-jones-new-michael-jackson-album-money-article-1.1800706.  He says: “They’re trying to make money, and I understand it…  Everybody’s after money, the estate, the lawyers.  It’s about money, It’s not my business anymore.”

FROM EPIC RECORDS: “It was announced today that on May 13th Epic Records, in conjunction with the Estate of Michael Jackson, will release XSCAPE, an album of new music by the King of Pop, Michael Jackson.  XSCAPE is executive produced by Epic Records Chairman and CEO L.A. Reid.  After mining by the Estate of Jackson’s archives, Reid was granted unlimited access to the treasures spanning four decades of material on which Jackson had completed his vocals.  Reid then teamed up top producers to “contemporize” the songs while retaining Jackson’s essence and integrity, creating the best music you’ve never heard….   The title of this album honors Michael’s album naming process.  He always chose a song from the album to name his projects and, beginning with THRILLER, used only one word titles, each with an edgy quality to them.  This is true of the new project.  John Branca and John McClain, co-executors of the Estate of Michael Jackson said, ‘Michael was always on the cutting edge and was constantly reaching out to new producers, looking for new sounds. He was always relevant and current.  These tracks, in many ways, capture that spirit.  We thank L.A. Reid for his vision.'”

So moving forward, will I be more open to posthumous albums in the future?  Doubtful, but it’s cool that there’s some new music out that I respect as the works of the late Michael Jackson.  “Xscape: The Deluxe Edition” features the enhanced versions by the aforementioned producers and the original versions that L.A. Reid discovered in Jackson’s archives.  The single, “Love Never Felt So Good,” has three versions — the third one featuring Justin Timberlake on vocals.  A union that Timbaland orchestrated, he’s been lacing the former N’SYNC singer with MJ flavor since their union.  The other tracks on the album are: “Chicago,” “Loving You,” “A Place with No Name,” “Slave to the Rhythm,” “Do You Know Where Your Children Are,” “Blue Gangsta” and the title track.  The single and the title track are my favorites; “Chicago” is a nice ballad; and “A Place with No Name” incorporates the melody of the classic America song.  “Slave to the Rhythm” is not a Grace Jones re-make; “Do You Know Where Your Children Are” is song created in the vein of the age old PSA question posed by TV networks across the country; and “Blue Gangsta” is like a “Smooth Criminal” follow-up from the “Bad” album.

THIS IS NOT A PROMOTION – Hence I’m not encouraging anyone to buy the new release.  Although I probably will get it at some point (perhaps years from now when it’s in the cheap bin) because I’m a collector that loves cover art, this is a person that genuinely loves Michael Jackson’s music, saying you won’t be disappointed if you do choose to get it.  There’s vinyl versions too — I’m out. for the LOVE of Michael 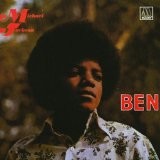