Gary Harris was a self-proclaimed “Record Man.” One who worked in radio, at the beginning and the end of his illustrious life and career, he touched the lives of many – mine was one. Harris’ crowning achievement as a “record man,” was bringing Michael D’Angelo Archer’s music, to the ears of the world. Oh, his list of accomplishments, those he mentored and aided with major decisions is hefty, but discovering D’Angelo was  one of (if not Thee) his most treasured achievements.

I remember when the CD was released. Gary was excited for feedback and critique from fellow music lovers. As the former Music Director of WBLS/ NY, I was honored among those, whose thoughts he cared to hear. A very opinionated brother himself, Harris would listen to the thoughts of others, but you could pretty much forget about changing his mind on something. Our chat about “Brown Sugar” went something like this…

Gary: You get the record yet Me: Well the single’s (title track) dope we know that. I like the ballad “Lady,” the Smokey remake of “Cruisin'” was a pro move, and titling a track “Shit, Damn, Mutherfucker” is bold as hell.

Gary: What about the rest?

Me: Oh I’ll get to it. I was just going through tracks first time around. Gary: You do know that when a record is produced, that a major aspect of putting the album together is the sequence of the tracks, ON that album – don’t you?

Me: Oh yeah dog! You know Ima check it, just hadn’t gotten around to the whole thing yet, but he’s dope – no doubt, I’m feelin’ what I heard so far and expect nothing BUT the best from you. When Gary said he was a “Record Man,” that encompassed a lot particularly with D’Angelo, as he had signed him and A&R’d the project. The photo above reading “Soul City” is the name he gave his hometown of Englewood. I’m blessed to have called Gary a friend, because he, called me one. We both grew up in New Jersey, him ‘Soul City’ me in Nutley, both our mothers were educators. He was the most well read person I knew. 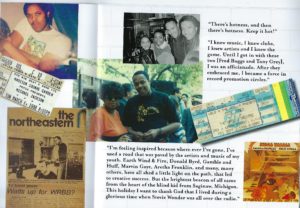 During a phone conversation, a couple years before he moved back to Jersey, he was reflecting on 80’s music (surprise). He was remembering sitting in the BLS library w/ Fred Buggs and I listening to Soul II Soul. He said from that moment on, apart from the business of music, he felt a special bond between the three of us. He was glad that we all simply loved good music and said he was happy to call us both friends. He needed Buggsy’s phone number. I gave it to him without hesitation because I knew it would be of no consequence to Buggs.

Photos below were taken throughout his life. I’m pictured with others at his memorial service, which was followed by a gathering that evening, where friends drank, ate and merrily talked Gary… 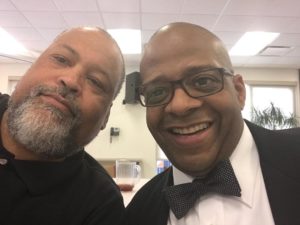 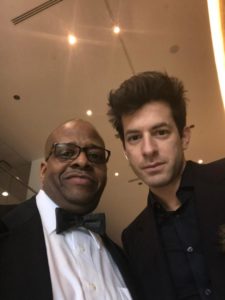 Throughout his years as a ‘record man,’ one he mentored and inspired, was fellow DJ Mark Ronson. Ronson scored a hit with his tune “Uptown Funk,” that featured the 24K magic, of Bruno Mars. Throughout the course of the evening, Ronson talked about Gary’s profound influence on him, and how much he loved him. Drew Dixon Williams read a letter from D’Angelo to the room. Gary shared w/ me, that he would often chat w/ D’Angelo or Q-Tip, after basketball games. Well known writer and news correspondent Toure became a good friend of Gary’s and wrote a brilliant article about him that’s featured in Billboard “When I said take it to ‘The Stage’ I MEANT it,” he once said. Gary was only referring to The Stage deli on 7th Avenue in Manhattan. He said it with such conviction, because we were sitting at a table w/ a third party who expressed they’d treat, and didn’t have enough for the bill. However his words ring true of who he was – a man that took it to the stage – behind the scenes.

“I think I’d have a hole in my soul if I didn’t see Stevie every six or seven years,” Harris said to me when Wonder was doing the ‘Key of Life’ tour, that followed with him remembering the years he had seen him perform. Also known and self-titled as the “InsidePlaya,” Gary had a blog, with that title… https://insideplaya.org/author/insideplaya/ Below are links to a few of my favorites…

The River Nile II (Bigger Than The Box)

An Open Letter To D’Angelo

The State of the Game

for the FUNK of Gary with LOVE