Camila Cabello, Bebe Rexha and Dua Lipa, are just a few female talents that had breakthrough success, over the past year. I speak of these three in particular, because whenever I heard their music prior to knowing who they were, I was like I need to know these artists! A lot like in the realm of Halsey and SZA last year. Despite not being familiar with their names at first, it was obvious that they possessed the “It” factor. All three, regardless of songwriting style, aligned themselves with producers that complimented their talent. Cabello has garnered multiple accolades, and was recently hailed by MTV, as ‘Artist of the Year.’ Her David Meyers directed video, for her hit “Havana,” was proclaimed ‘Video of the Year’ by the same entity. Her other hits are “Never Be the Same,” and her first single, “Crying in the Club.”

When Cabello was first starting out she had teamed up with other talent including Shawn Mendes and Machine Gun Kelly, for the tracks “I Know What You Did Last Summer” and “Bad Things” respectively. In 2017 she was featured on the collaborations “Hey Ma” with Pitbull and J. Balvin; “Know No Better,” with Major Lazer, Travis Scott and Quavo; and the song “OMG,” also with Quavo. Rexha has a duet with Quavo too called “2 Souls on Fire,” but my introduction to her, was with her current single “Meant to Be” with Florida Georgia Line. A country tune, she’s everything but a country artist, as I discovered with her track “I’m A Mess.” A noted songwriter, before she started releasing songs as a singer, she’s penned melodies for Selena Gomez and Nick Jonas. Other songs Rexha is featured on are “Me, Myself & I” with G-Eazy, and “In the Name of Love” with Martin Garrix.

Her debut album “Expectations,” hit stores this past summer, and also features the track “Steady” with Tory Lanez.

Dua Lipa’s “Hotter Than Hell,” “Be the One,” “Lost in Your Light” featuring Miguel, “Garden” and “New Rules,” are all from her self-titled debut. Currently on the road, she’s doing a few make-up dates from June she had postponed due to an ear infection. She wraps up her tour in Denver on December 10th and is already working on her second album.

Hailing from London, Lipa is of Albanian descent and was initially inspired by her father, who’s also a singer. At age 14, she began posting her versions of songs by Pink and Nelly Furtado, and at 18 was featured in a commercial for “The X Factor.” Cabello considers Miami her hometown, but is of Cuban descent, and was an ‘X-Factor’ contestant. Rexha, who is also of Albanian descent , was born in Brooklyn. 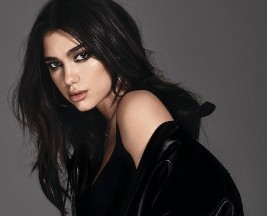 In closing, a common thread amidst all three albums “Camila,” “Dua Lipa” and “Expectations,” is a Latin flavor. One might simply expect it from Cabello given her heritage, but when you consider Lipa’s international background, and the melting pot that exists in New York it’s not surprising.