Slave Tokens Are Funky Too!!!

There are several United States commemorative coins, medals and medallions that celebrate the lives and accomplishments of Black activists, athletes, educators, entertainers, inventors, leaders and patriots as well as seminal events and institutions in Black History. These coins, medals and medallions are a part of the Museum Of UnCut Funk Collection and are currently traveling to museums and cultural centers across the country as a part of our For The Love Of Money: Black Icons On U.S. Currency exhibition. Anti-Slavery Tokens are also an important part of our collection and traveling exhibition.

Used by British abolitionists as a communication and propaganda device for stimulating discussion about slavery.

English copper anti-slavery halfpenny tokens, also known as Conder or 18th Century Provincial tokens, were commissioned by the Society For Effecting the Abolition Of The Slave Trade. This society was a Quaker-led organization that used a slightly different version of the chained African male slave image depicted on the anti-slavery token as their official seal.

The design of the anti-slavery token was based on a 1787 ceramic medallion produced by English potter, abolitionist and Society member Josiah Wedgwood.  This design also appeared on other products and anti-slavery propaganda.

The anti-slavery token marked the first widespread use of a political logo on a variety of consumer products, making this Black male slave image one of the most famous in all of 18th century art.

Copper tokens were produced by private mints to alleviate a shortage of small denomination coinage.

The obverse design features a male slave manacled and in chains, kneeling on the ground, in supplication. The inscription reads: “AM I NOT A MAN AND A BROTHER.”

The reverse design features two hands clasped in friendship. The inscription reads: “MAY SLAVERY & OPPRESSION CEASE THROUGHOUT THE WORLD.”

Used by American abolitionists as a communication and propaganda device for stimulating discussion about slavery.

American copper hard times tokens were privately minted and used by merchants to make change during a recessionary period in the U.S.

The design of the U.S. anti-slavery hard times token was inspired by British ceramic medallions produced by abolitionist Josiah Wedgwood. These anti-slavery medallions made their way to the U.S. through a commission by Benjamin Franklin, then president of the Society for the Abolition of Slavery. This imagery was also used on British anti-slavery tokens.

The American anti-slavery token differed from it’s British counterpart in featuring a chained African female slave. Female imagery was selected due to the involvement of women in the abolitionist movement and the similarities to their fight for women’s rights.

The obverse design features a chained African female slave, naked and kneeling, looking upward, hands clasped in front of her. The inscription reads: “AM I NOT A WOMAN & A SISTER.”

The reverse design features a laurel wreath. The inscription reads: “UNITED STATES OF AMERICA,” “LIBERTY” and “1838.” Note: The “N” in the word “UNITED” is backwards. The obverse imagery of the chained African female slave has been cited by some sources as the inspiration for a famous Sojourner Truth speech delivered at the 1851 Ohio Women’s Rights Convention.

While this has been proven to be a misappropriation, the historical inaccuracy has persisted.

To see the Commemorative Coins in the Museum Of UnCut Funk Collection click here.

To see the Commemorative Medals and Medallions in the Museum Of UnCut Funk Collection click here.

For more information on commemorative coins and medals you can read the three part series on African Americans On U.S. Coins written by Charles Morgan, Editor at CoinWeek.com and check out the podcast that the Museum Of UnCut Funk curators did with Charles Morgan on our website at the following links: 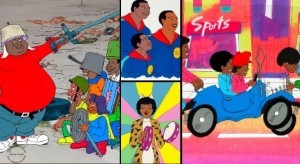