The Drama Behind The Scenes Of The Marvin Gaye Movie

So when I first I heard that there was a Marvin Gaye biopic in the works, Jesse L. Martin was the name that was attached to the starring role. This was years ago. Then I heard that it was not going to happen because of issues getting music rights approvals from Barry Gordy. Then recently I heard that the film was back in production with Lenny Kravitz in the lead role. Then I heard that Marvin’s son had a problem with both the film and Lenny starring in it. Now it appears that this project has come full circle, with Jesse L. Martin back in the lead role. 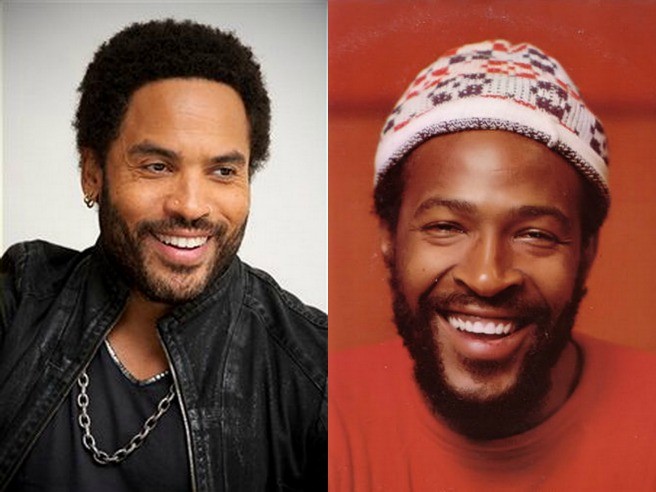 What was originally titled the “Prince Of Motown” is now “Sexual Healing”. Kravitz was supposed to portray Gaye during his battles with depression and drug addiction. Marvin’s son, a former childhood classmate of Kravitz, is not a fan of this narrative. He feels that the producers and directors are “very wrong and shameful. [They’re] trying to do a film about a low period in his life. They don’t even know the whole story.” Not sure how this negative sentiment from Gaye’s son factored in to Lenny’s decision to drop out of the project. The movie is being directed by British film-maker Julien Temple, who has previously made documentaries about Kinks singer Ray Davies, Joe Strummer of The Clash and The Sex Pistols. Jesse Martin is reuniting with his Law And Order co-star S. Epatha Merkerson, who will play Marvin’s mother in the film. Marvin Gaye’s ex-wife, Janis Gaye is now hoping that Martin will also drop out of the project. The Gaye family’s public discontent with accounts of Marvin’s life is not limited to the film, as they are also questioning the accuracy of the theater production, My Brother Marvin, which ironically was created by Gaye’s sister, Zeola Gaye. The production, which focuses on Gaye’s relationship with his family as told by his sister is directed by Clifton Powell, who also plays the role of Marvin’s father. The play also stars actors Tony Grant, as Marvin during his younger years; Keith Washington, as Marvin during his latter years; and Emmy Award-winning actress Lynn Whitfield, as Marvin’s mother.

“Through the years, I became taken aback and disappointed with everything that had been written, said and published about my family, especially my brother Marvin that wasn’t accurate,” Zeola Gaye said in a press release. “In the play, I simply wanted to set the record straight. I wanted to leave a true account about Marvin the man and our family. People need to know what really happened and Marvin would want his fans to really know what happened. We are finally bringing the truth the world needs and must know.”

You can find out more information about the play here:

Irrespective of the controversy surrounding Marvin’s last years and his death, the fact remains that Marvin Gaye was a musical genius, an amazing singer, entertainer and visionary who created one of the best albums of all time. That is how I choose to remember his legacy. Below are great videos of Marvin’s performances, as well as a couple of interesting interviews and a documentary on the end of his life. On May 1, 1972, Marvin Gaye made history performing his seminal album What’s Going On in the Kennedy Center Concert Hall. In honor of the album’s 40th anniversary, the Kennedy Center and the NSO Pops commemorated that legendary concert with a fresh look at Gaye’s recording from John Legend and Sharon Jones & the Dap Kings.


Gaye’s groundbreaking 1971 Motown album tackled difficult social issues such as war, drug addiction and poverty, and asked audiences to reflect on the times. His 1972 performance at the Kennedy Center in his hometown was a historic comeback for Gaye – his first live performance in two years since the death of his singing partner and friend Tammi Terrell. It’s also believed to be the only time Gaye sang his entire “What’s Going On” album in concert.

This commemorative concert was part of a much bigger effort entitled What’s Going On…Now,  a national arts and digital media campaign to inspire and engage youth while marking the 40th anniversary of Marvin Gaye’s iconic album and his 1972 Kennedy Center performance. Using Marvin Gaye’s music as a catalyst, the Kennedy Center’s campaign asked: “How have things changed in the last 40 years? What’s going on…now?” Young people were encouraged to share their creative perspectives on the similarities and differences between Marvin Gaye’s “then” and their own “now” at the project website – www.whatsgoingonnow.org