I remember the day I recieved what I thought was my first Black Barbie doll. Well, she wasn’t exactly Barbie. Her name was Francie. She wasn’t all that Black and she really didn’t look like me. But back then I was just glad to have a Blackish doll.

The next Black friend Barbie made was Christie, who was introduced in 1968. Christie would eventually get a Black boyfriend named Steven, who appeared on the scene in 1988. That is a long time for a sister to go without a date. Christie was for the most part a shorter version of Barbie, only she had a more far out and colorful wardrobe. Christie came in a “twist’ version that could twist at the waist.

Next came the Julia doll, which was produced in 1969. This doll was based on the likeness of actress Diahann Carroll in her role as Julia the Nurse in the landmark sitcom. This fabulous reproduction set featured Julia in her Nurse outfit. The Julia television series debuted in September of 1968, changing television history forever. A new 2009 version of the Julia Barbie is currently available.

I finally received my first Black Barbie in 1980. I was almost an adult by then, but I appreciated her just the same. I am not sure what happened to her. When I started collecting Black memorabilia I bought another one, in perfect condition, in the box. It was at this time that I started to take an interest in getting to know her and all the other Black Barbies that followed. What the hell were they thinking?

In 1997, Mattel joined forces with Nabisco to launch a cross-promotion of Barbie with Oreo cookies. Oreo Fun Barbie was marketed as someone with whom little girls could play with after class and share “America’s favorite cookie.” As had become the custom, Mattel manufactured both a White and a Black version.

As the word “Oreo” can be used as a derogatory term in the Black community, needless to say this doll was not that commercially successful and ended up being recalled by Mattel. AKA in the House

In honor of the 100th anniversary of the first Black sorority, Alpha Kappa Alpha, Mattel introduced the AKA Barbie in 2008, dressed in a pink and green evening gown with matching shoes and gold jewelry. Of course I had to add one of these to my collection. Skee Wee!

A Conversation with Designer Byron Lars Recently, Barbie Collector spoke with Byron Lars about his latest (and last) doll for the Treasures of Africa Collection, his early days in design and thoughts on designing for Barbie. We’re happy to share those thoughts with you here. (Previously published in Summer Sizzles 2005 Barbie Collector Catalog.)

BC: Your most recent creation for Barbie® Collector is also the fifth and final doll in the Treasures of Africa® Collection isn’t it?
BL: Yes, I call her Tano™, the Swahili word for “five” and she is regrettably the last doll in this series.

BC: The theme of the series gave you the entire continent of Africa as your inspiration but each doll is also so modern and dynamic. What are your other influences and inspiration?
BL: For me, inspiration can come from literally anywhere! I adore couture, funky chic city style. Weaving in motifs from traditional African dress while expressing my urban sensibilities was really fun.

BC: You’ve come a long way since being named “Rookie of the Year” by Women’s Wear Daily in 1991!

BL: Yes, but I first got the bug when I was a high school student in Richmond, California. I thought I was going to be an architect and then I designed a pair of baggy trousers for myself creating a pattern from newspaper. I asked a friend’s grandmother to sew them for me but she said no.

BC: What happened next?
BL: She taught me how to sew them myself. The following year I was designing prom dresses for classmates!

BC: So then you went on to attend Brooks Fashion Institute in Long Beach, California, and F.I.T. in New York.

BC: And do you think you will work with Barbie® again?
BL: Absolutely! I already have some great ideas for another series.

This is a small sampling of the ever changing face of Black Barbie from the massive collection in the Mattel Catalog, starting with the Byron Lars collection and also featuring some of the more recent Barbies in Black. 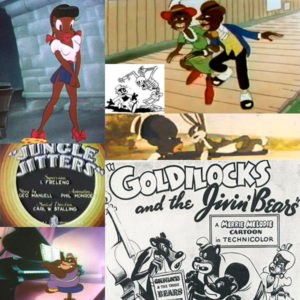