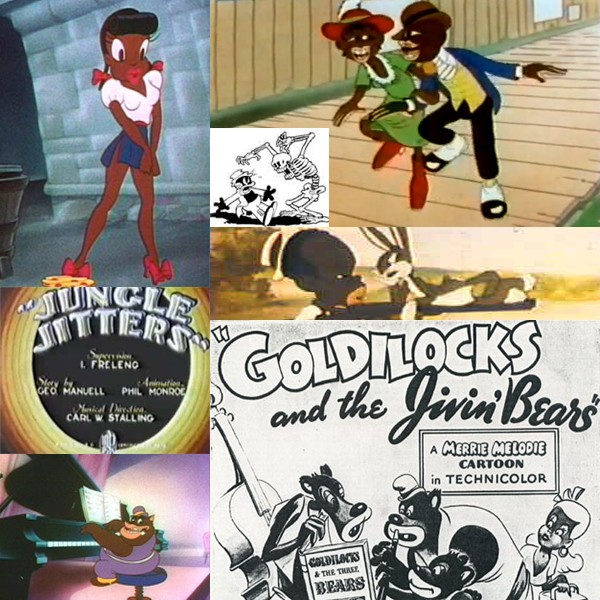 Are These Cartoons Racist Or Art ???

The Censored Eleven is a group of Looney Tunes and Merrie Melodies cartoons that were withheld from syndication by United Artists in 1968. UA owned the distribution rights to the Associated Artists Productions (A.A.P.) library at that time and decided to pull these eleven cartoons from broadcast because they are based on racist depictions of Blacks and are deemed too offensive for contemporary audiences. The ban has been upheld by UA and the successive owners of the pre-August 1948 Looney Tunes / Merrie Melodies catalog, including Ted Turner, and these shorts have not been officially broadcast on television since the late 1960’s.

In the case of the Censored Eleven, racist themes are so essential and so completely pervade the cartoons that the copyright holders believe that no amount of selective editing can ever make them acceptable for distribution. However, many animation fans view these cartoons as art and feel that despite their overt racism that they should be seen. Animation historians and film scholars defend two of these cartoons directed by Bob Clampett, Coal Black and the Sebben Dwarfs and Tin Pan Alley Cats. The former, a jazz-based parody of Walt Disney’s Snow White and the Seven Drawfs, is frequently included on lists of the “greatest” cartoons ever made, while the latter is a hot jazz re-interpretation of Clampett’s now-classic 1938 short Porky in Wackyland.

Author Michelle Hass wrote: “. . . some even look at Clampett’s Jazz cartoons and cry racism when Clampett was incredibly ahead of his time and was a friend to many of the greats of the LA jazz scene. All of the faces you see in Tin Pan Alley Cats and Coal Black and de Sebben Dwarfs are caricatures of real musicians he hung out with at the Central Avenue jazz and blues clubs of the 1940’s. He insisted that some of these musicians be in on the recording of the soundtracks for these two cartoons.”

From my perspective, I view these cartoons for what they are, highly racist and offensive depictions of Black people. As an animation fan, while I appreciate the artistic nature of this work, sadly these cartoons are a continuation of prior racist depictions of Blacks in comic strips and representative of how Blacks were portrayed in films and advertising and just about every other aspect of life during this very racist period in American history. Having said this, I do feel that these cartoons need to be seen, presented in an educational context, to provide the right perspective and assure that this type of material is never produced again. That is why these cartoons are a part of The Museum Of UnCut Funk Collection, along with some animated artwork from these cartoons, and why we are showing a small sampling of them here. Bob Clampett’s parody of Disney’s Snow White with a cast of Black characters. As Coal Black opens a little Black girl asks her “mammy” to tell her the story of “So White an’ de Sebben Dwarfs”. An early Harman and Ising Merrie Melodie featuring Piggy as a river boat captain whose boat is the stage for a band of Black musicians and dancers. Piggy’s girlfriend is assisted by reliable servant, Uncle Tom. Fritz Freleng cartoon where Nicodemus’ woman tries to show to him the virtues of righteousness, and drags him away from his dice game to the Lord’s house, but he is soon again stealing chickens. A hit on the head by a farmyard fence helps him to see the error of his ways. Fritz Freleng’s caricatures of popular Black musical stars of the day (Fats Waller, Louis Armstrong, Cab Calloway, and Jimmie Lunceford) are seen as angels in heaven, where they “liven things up” by playing “Swing For Sale”. Tex Avery’s early parody of Uncle Tom’s Cabin. Uncle Tom: “My body may belong to you, but my soul belongs to Warner Brothers.” Fritz Freleng’s cartoon where a dopey traveling salesman knocks on the door of the hut belonging to a group of cannibal African natives who would love to have him for dinner. Yes, even a Bugs Bunny cartoon is on the “Censored 11” list. In this Tex Avery cartoon, Bugs is being hunted by a slow-witted Black hunter with a weakness for gambling. A Chuck Jones cartoon where a Black boy is paid to drown a cat, but the cat has other plans and as a “ghost” heckles the boy.